Our motto is built for entrepreneurs by entrepreneurs, so we wanted to create a series on the entrepreneurial journey–and we thought what better way to do that than interviewing our  portfolio companies’ founders and asking them to share their own paths to entrepreneurship.

We know that not one journey is like the other. Therefore, here is the first in our series on the  ‘A-typical’ Entrepreneurial Journey. As you get to know our founders on both a professional and personal level, we hope you can learn something along the way. 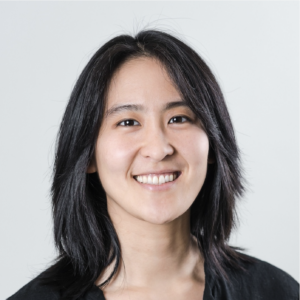 Diligent Robotics is an Austin-based A.I. company that creates robot assistants that help people with their chores so they can focus on the work they care most about.

*The conversation has been lightly edited with Vivian’s approval*

What did you want to be when you grew up? Did you know you were going to be a founder?

I grew up in the Bay Area, so there was always this notion of Silicon Valley and startups, that was in the back of my mind. When I was in grad school, I started taking engineering entrepreneurship classes for the first time and started to understand what that looks like. I didn’t think about it growing up, but as I got through college and grad school [being a founder] started to come up as a possibility.

What was your “aha moment” where you realized that you wanted (or more so needed) to start Diligent Robotics?

It was good that I took those classes to be able to understand “What is a startup? What does it mean to raise money?” Granted, theory and reality are so different, but when it came to my ‘aha moment,’ I was actually debating on whether to go into academia and becoming a professor or going down the [entrepreneurship] route. Both are actually similarly difficult.You start a lab like you start a company–you need to find money, build the team, etc.. But in academia you write a paper about how there’s impact coming… you go and try to get everyone to read your paper. That’s the way you can have impact and eventually that might make it out into the world, but I wanted to see that change happen sooner. That’s what really solidified my career path decision for me.

A lot of my decision also had to do with the technology because it was ready to be useful. Over the last 5-10 years, the hardware costs have gone down, and we started to use the tools that we’ve built to do other research.

It was the combination of wanting to see impact sooner, thetechnology and realizing that there just wasn’t a company out there doing the healthcare robotics impact that I was looking for and writing about. So my co-founder  Andrea Thomaz and I were both like “Let’s go do this. Let’s go do the impact that we keep writing about in our papers. Let’s go find an actual need.” We started with hundreds and hundreds of hours of shadowing and interviews to really get into the healthcare space and realized that it’s a place where robotics and technology today can make a huge difference.

What is one nugget of advice that has impacted you as a founder that you would share with others looking to start their entrepreneurial career?

Being a founder is hard because your job is essentially to do a job well enough such that you’re going to hire the expert that will do what you did better. It’s a very humbling experience because you have to sit back and be like “Well this is great, we’ve gotten to the point where we can hire someone to do this…and now they’re coming in and doing it ten times better.” It’s awesome to see but it’s also a little demoralizing–but that’s okay. It’s also the mark of success as a founder–to hire and build around you. As a result, future founders pay attention to what is the thing that is your superpower and your expertise and hold onto that part because a lot of the other parts aren’t going to be it.

Describe a day in the life of Vivian–as typical as one can get for a founder of a startup.

It’s a lot of meetings. It’s changed a lot as the company’s grown, though. In the beginning it was a lot of working really, really closely with a team, elbow to elbow, programming things, getting things to work. Now it’s been meetings–tons of back to back meetings because it’s all about communication and vision. The hard part is that you have to say things again and again for people to really continue to march toward that vision.

The biggest impact I can have is that every single person who’s building the product is building the same thing. As a startup, you have one shot. You can’t build it and be like “oops”–you have to go for it. My day to day is really about getting everyone on the same page, conveying vision, and thinking how to synthesize that information really quickly.

What two skills, in your opinion, are necessary to make it through each day successfully?

One I think is context switching–the ability to just jump from thing to thing. If you can’t do that well, it’s going to be a struggle because it’s hard to find dedicated time. Most of my team starts at 9 or 10am so then I get up at 7 or 8am to get an hour or two of dedicated time, but that’s about it.

The second one in all honesty is resilience. You’re going to fail, you’re going to mess up–literally the definition of a startup. No one’s done it before. There is no playbook, so you have to be willing to have those rough days  and then get back up.

If you could share a beer, glass of wine, soda with any person (dead or alive) who would it be and briefly why?

Maybe Bill Gates–His career has been super interesting and he’s also done so much for humanity aside from the technology he has built.

Are you a “Breakfast of Champions” type? Or do you live on coffee and fumes until lunch?

Pre pandemic, I was definitely more ‘make a quick protein shake in the morning and go’. I definitely need breakfast though. I’m like, “I’m starving and I can’t think!” Nowadays I just have a bowl of cereal or oatmeal, and then protein powder to keep me full until noon.

The most recent book I’ve read is Making of a Manager. It talks about all the things they don’t teach you when becoming a manager–going through the ups and downs, the fears.

Your life is pretty busy running a company. What do you like to do in your free time?

Why do you think Austin city is a great place to start a company?

We’re a super deep tech-focused company. Austin is great for a few reasons. One, we have access to great talent with UT Austin right there. They have a robotics program and strong engineering disciplines. The other thing is probably cost in all honesty. Your money value goes further here [compared to Silicon Valley]. In all honesty, it’s still small enough to do fun activities and it’s convenient. Also commutes aren’t as crazy as compared to some other cities.

We are glad you could get to know Vivian not only on a professional level but also a personal one. We’re looking forward to hearing about your entrepreneurial journey someday!

Thank you to Vivian for taking the time to share her story with Next Coast Ventures.

Join our email list to stay up to date with the latest company news and original content.

Please fill all the required * fields.

Learn more about our E2E categories